Container sector stakeholders have benefitted substantially from the extended container supercycle, but do they face tangible risks in the short-to-mid-terms?

Back in March 2020, few (if any) container industry stakeholders could have expected liner operator profitability to surge (and remain on that trajectory) to the extent it has over the ensuing two years. Developments in the container sector were largely counter-intuitive for 2020, and trends on both the revenue and profit fronts have continued to exceed previous records of performance on a sustained quarterly basis since mid-2020.

The drivers are well documented – a heady combination of cargo growth, supply chain and port congestion issues, pandemic-related shutdowns, and demand rapidly outstripping capacity. The flip side of course is that shippers were and remain frustrated and are paying ever increasing amounts for freight. Ultimately, a sector that was characterised by its leading players rarely being able to maintain profitability year-on-year, has been transformed, with the protagonists adopting new strategies aimed at revenue model and profitability enhancements (albeit aided by the extremely positive market fundamentals). All have embarked on strategic growth and expansion programmes since mid-2020, many funded by cash and equity holdings, rather than bank financing. In addition, the strategic commercial driver for many has become profitability, rather than gaining market share. A few (noticeably the Maersk, MSC and CMA CGM groups) have significantly ventured into logistics territory and are busily re-inventing themselves as end-to-end supply chain companies.

A brief review of the revenue booked by leading global liner operators highlights the significant and sustained growth seen since mid-2020, by which time the world had emerged from national lockdown periods, and manufacturing output and demand growth had returned (fuelled by the digital commerce boom). Total revenue figures are very different per company, given the respective sizes of fleets, trade route focus, cargo mix and differentiation between spot and long-term contract business, but in all cases, revenue has grown steadily over the six quarterly periods under review here. In fact, in virtually all cases, revenue has at least doubled over that timeframe, and this of course has no direct relationship to the number of TEU carried (graph 1). Well-documented analyses in the press have highlighted that current average short-term spot freight rates in the key Asia to North Europe and Asia to US West Coast trades are about three to four times the levels of mid-2020 (when the markets started to significantly improve).

The market developments outlined above have all translated into record profitability for liner operators, with graph 2 highlighting the exponential growth in quarterly EBIT for some of the major players. The only major notable exception here is the 1Q 2022 decline shown by COSCO Shipping Holdings (relating to COSCO and OOCL’s performance) and is attributed to a much steeper decline in volumes compared to peers, which is more pronounced due to COSCO and OOCL’s emphasis on the domestic market that was affected by further pandemic shutdowns. A key measure of performance here is that in early 2020, quarterly operating profit margin (per company) may have been at around 5% or below, but by late 2020, this had moved into double-digit territory, and just kept rising. For example, in 1Q 2022, HMM recorded a 64.2% operating profit margin, with Hapag-Lloyd booking 53.3%. It is also worth noting that in 1Q 2022, the total EBIT recorded by nine of the largest market players (excluding MSC) was in the region of USD 42bn.

Turning to a balance sheet perspective, the liquidity of liner operators has substantially improved during the late 2020 and early 2022 period (graph 3). COSCO Shipping Holdings, AP Moller Maersk (as parents of their respective liner operating entities, for which figures are not recorded), CMA CGM and Hapag-Lloyd, all showed cash holdings in excess of USD 10bn at the end of 1Q 2022, contributing to significant working capital surpluses. This huge liquidity boost has allowed companies to rapidly expand, enabling corporate acquisitions and in some cases, providing for initial down payments on commissioned newbuildings, and secondhand acquisitions alike, while also allowing for interest-bearing loans to be paid down and bond obligations met.

Indeed, what may have been seen during other cycles as a worrying increase in debt related to the commissioning of newbuildings and corporate acquisitions, is apparently not curtailing the availability of financing. While some companies still have significant interest-bearing debt (USD 18.9bn and USD 15.7bn in the cases of CMA CGM and COSCO Shipping Holdings respectively at the end of 1Q 2022), the debt totals have in most cases not grown significantly during the last 18 months (see graph 4). Given the sizeable capex commitments of the major players, many have not only met repayment obligations, but total interest-bearing debt has largely trended downwards.

The one exception is probably Zim Integrated Shipping; in early 2020, the company was in an unprofitable and highly geared position, but by the end of 1Q 2022 it had recovered to stand as a financially sound business. Over the same time frame, however, its interest-bearing debt more than doubled, growing from about USD 1.8bn to USD 4.3bn (largely on the back of huge fleet expansion). Admittedly, the company is in a far better position to repay debt, but the escalation and present leverage position is noteworthy.

So, as it stands, does the liner sector continue to operate in a supercycle? Will the leading players continue to reap the benefits of record-high freight rates? Are there material risks to the current status quo?

While we feel it is very unlikely that the leading players will experience any material changes to their positive financials in the next six to nine months, more significant risks for the medium-term must be considered.

There is a consensus amongst many industry commentators that the largest question mark for the container sector is the eventual true impact (cost) of the decarbonisation process towards a net carbon zero goal for shipping. Some liner operating groups (including Maersk and CMA CGM) have been more proactive in terms of guiding or influencing the sector towards certain types of ship technology and green fuels (including methane and LNG), however, others remain undecided and have instead opted to retrofit ships with scrubber technology and buy lower-priced IFO 380 fuel. This is not a viable long-term objective and the ultimate cost of the transfer to the new fuel era is unknown. Should individual companies need to re-align strategy or delay commitment through indecision they may well have to play a significant catch up in terms of costs. 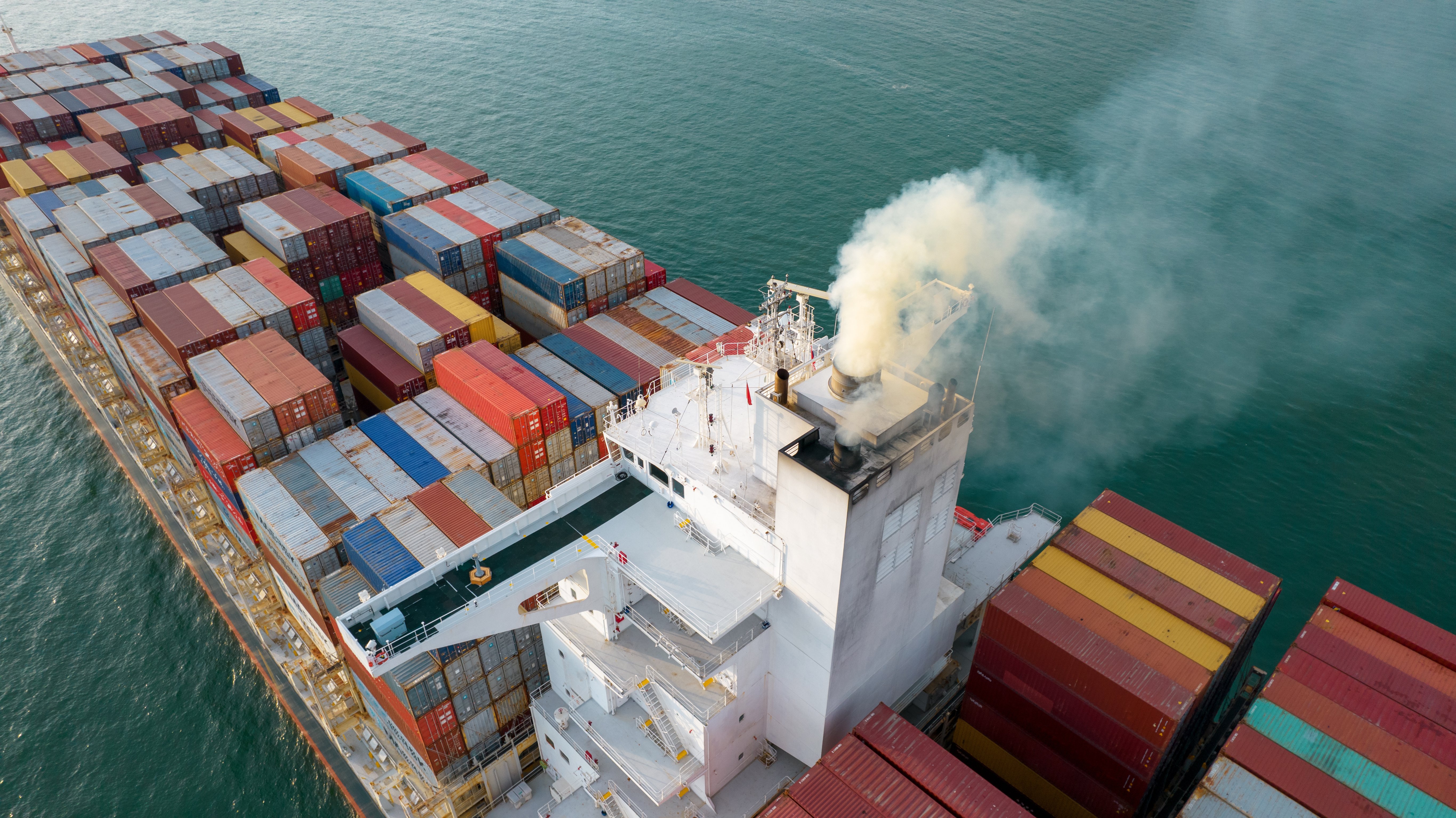 Ultimately, the heightened fundamentals of the liner sector are not sustainable for the long-term and when the current supply chain issues become less prominent, prudence will be the watchword.

You can read more of our Infospectrum Insights here!