The EU-27 and UK are formulating plans to move away from long-standing links with Russia as a supplier of gas, in the wake of Russia’s invasion of Ukraine.

The reduction of coal use in power generation, the decommissioning of German nuclear plants, and the need for a clean, conventional energy source, have all pushed demand for gas in Europe to unprecedented levels. Around 40% of imports to the EU-27, around 130-140m tonnes per annum, come from Russia, and the bloc’s target of replacing this by 2027 with alternative sources will arguably see the biggest shake-up of the continent’s energy complex this century. But how can Europe change its gas import profile? Where will the gas come from? And what are the implications for the related logistics, infrastructure and shipping sectors?

As well as pipeline gas from Russia, Europe (including the UK) has a well-established LNG import sector, extensive pipeline supplies from Algeria, Azerbaijan and others, and domestic production from North Sea gas fields. So, alternative sources of gas are certainly available, but it is the LNG sector which has the potential to deliver immediately higher volumes of any significance.

Based on data released by the Paris-based International Group of LNG Importers (GIIGNL), European LNG terminals, including those in the UK but excluding terminals in Turkey, have total import capacity of around 158.7m tonnes per annum. However, utilisation rates are historically low, with imports reported by GIIGNL for 2020 of 81.59m tonnes, i.e., 51.4% of total capacity. For example, France has over 26m tonnes of installed LNG import capacity, but imported only 13.06m tonnes in 2020, according to GIIGNL. Spain imported 15.37m tonnes in 2020, against installed capacity of around 48m tonnes, and the UK has capacity of around 35.3m tonnes and imported 13.43m tonnes in 2020. Total LNG volumes imported to Europe in 2021 fell slightly, based on subsequent data issued by the US Energy Information Administration (EIA), hence, in theory, there is spare capacity to step up imports by ca. 77m tonnes per annum, close to 57% of the total volume of Russian gas presently coming into Europe. That said, increasing the utilisation rates of existing LNG import terminals is not the only means by which Europe can vary its LNG supplies. Europe has quite a history of stalled or shelved projects, such as Shannon LNG in Ireland, Falconara LNG in Italy, and others, but such projects could easily be revived. And the launch of new projects, such as Germany’s proposed LNG import at Brunbuttel, as well as added capacity in Poland and Greece appear likely to be fast-tracked under the 2027 target.

On top of the potential for expanding LNG imports at fixed point terminals, European importing states may see a greater role for the use of floating storage and regasification units (FSRUs). Although typically smaller in terms of capacity, the key advantage of FSRUs lies in their flexibility, since they can be berthed at any port which has pipeline infrastructure in the vicinity, to inject gas into the local grid, or to supply LNG as fuel for trucks and ships. FSRUs can be moved around, depending on where the need for gas occurs, and hence are likely to become more popular, and very soon we may expect that shipyards will in turn see an escalation of newbuilding orders for such units. Lithuania’s experience of using an FSRU may serve as a model for such plans. It has operated the mv Independence on lease from Hoegh LNG since 2014, allowing it to diversify away from reliance upon Russian gas. Indeed, the strategy has proved so successful that Lithuania has recently announced plans to acquire the unit outright. Italy, and Croatia already have FSRUs berthed and operational, and reports in late March 2022 indicate that Italian authorities are moving quickly to secure two additional units. With regard to LNG sources, Trinidad and Tobago, Peru, Nigeria and other producers are certain to become more significant for Europe. US LNG exports, already a growing source over recent years, could also see capacity fast-tracked, and hence, higher LNG carrier traffic on transatlantic routes is almost certain to materialise. 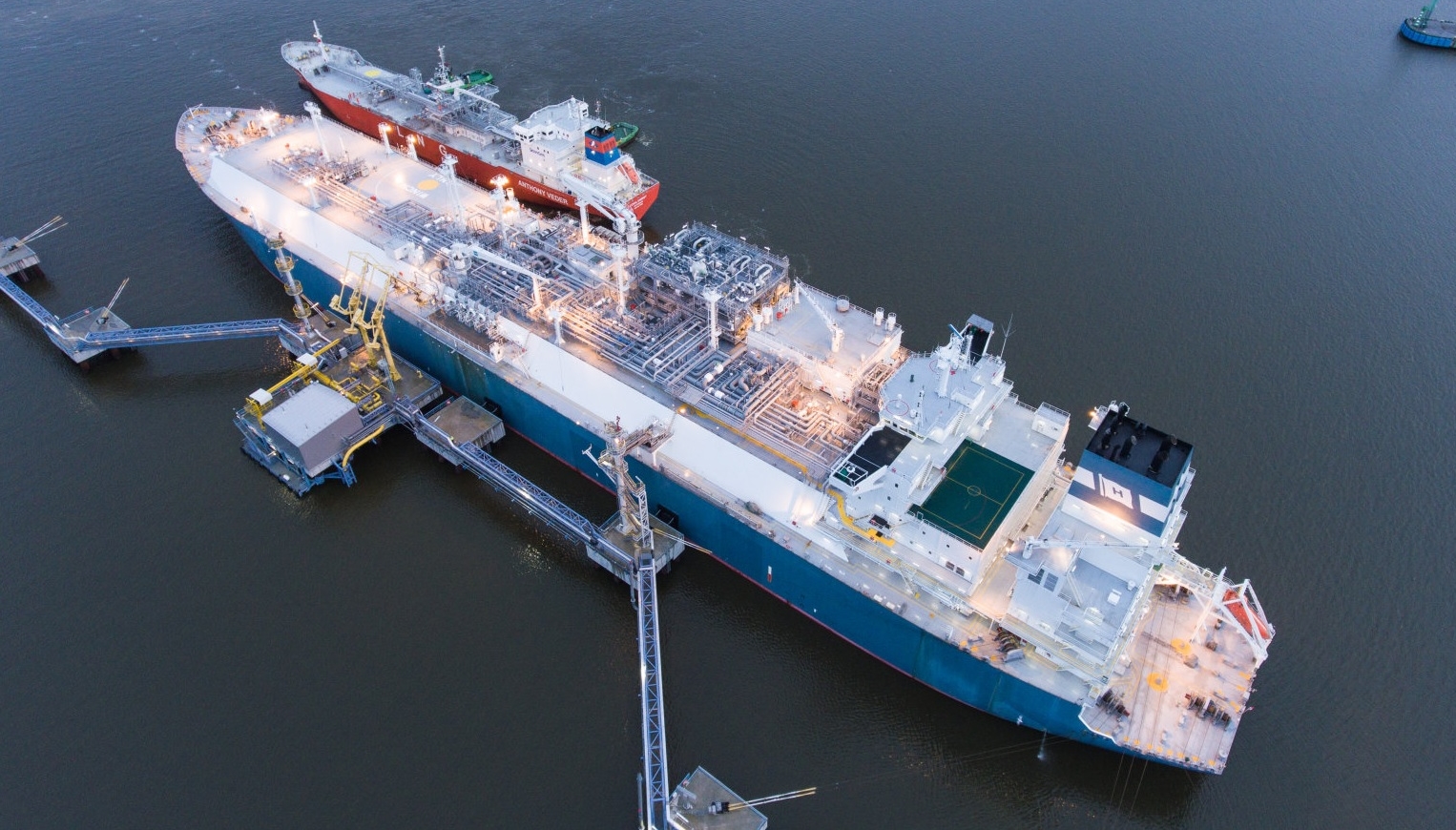 As well as ramping up seaborne imports, Europe’s politicians and energy companies will also have to give deep consideration the need for new storage and transmission infrastructure within the continent. New pipeline links such as the Trans-Adriatic Pipeline (TAP) link between Azerbaijan and Italy, in operation since December 2020, will play key roles as growing sources. TAP also serves as a model for future collaboration between energy operators to bring more gas from alternative sources, such as Norway, Egypt, Algeria and others. New pipeline capacity may be needed between Spain and France, where imports can be ramped up, and Germany, where demand is highest, to make sure that enough gas can circulate within the region. Mothballed projects could come back onto the drawing board, such as the Midi-Catalonia (MidCat) pipeline between Spain and France, rejected by regulators in 2019, but perhaps now more convincing in terms of its value if it can support higher Spanish regasification activity. Central and East European (CEE) region infrastructure will also most likely receive more attention, to create a long-envisaged “North-South corridor” to establish closer links between gas and LNG import infrastructure in Poland and Germany, with infrastructure in Italy, Croatia, and Greece.

Longer-term supply initiatives, such as further gas exploration in the UK, Dutch and German North Sea, as well as onshore hydraulic fracturing or “fracking” are also serious options but have longer lead-in times compared with higher LNG imports, and perhaps limited potential in comparison with LNG and new pipeline gas. Overall, Europe has a wide array of gas supply options and alternatives to scrutinise, but the most rapid changes are likely to be observed in the LNG import sector, where quick, flexible, and coordinated responses can be most easily achieved.

Make sure to follow us on our socials to stay up-to-date with the latest Infospectrum news and insight: