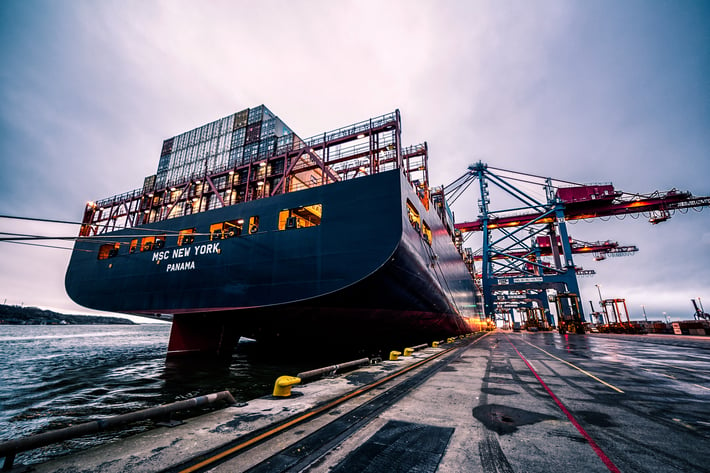 Liner operators have decided on their strategies to cater for the IMO’s low-sulphur regulations from January 2020, but their commercial reactions and costs will vary, and so will impact on profitability next year and beyond.

The IMO’s low-sulphur fuel regulations have prompted an ongoing (and somewhat fractious) debate amongst bunker suppliers, refiners, shippers, shipowners and operators as to the "right" way forward. As an industry we seem to still be asking more questions, rather than obtaining any solid answers, regarding the landscape post 1 January 2020. This aside, we know that liner operators have already, to a certain extent, chosen a side, and made significant investments to manage their forward risk. This is above and beyond the costs of cleaning and preparing vessels’ tanks in late 2019.

Any forward-thinking operator is likely to have chosen a strategy some time ago – deciding whether or not to install scrubber technology, or to utilise (potentially more expensive) compliant low-sulphur fuel of 0.5% or below. Shippers and freight forwarders, who are well aware that they will be ultimately footing an additional industry fuel bill of circa USD 10bn to USD 12bn per year, are now asking questions concerning the transparency of the methodology for operators’ charging mechanisms. Although there are some companies giving prices for low-sulphur fuel oil (LSFO) from early 2020, these forward estimates are still very much "the big unknown" for the industry. The current estimated spread in prices between IFO380 heavy fuel and LSFO ranges from USD 200 to USD 400 per tonne, which is why scrubber technology appears to be popular with many liner players.

Preparation costs on the rise

The latest data that we can see (which is constantly being updated) suggests that around 380 delivered container vessels have been, or will be, fitted with scrubbers, with another 150 vessels on order which will be scrubber-fitted by the time they enter the global fleet at the end of 2021. If we assume that USD 5m represents an average cost of a scrubber installation, this equates to a total of USD 2.65bn for the industry. We estimate approximately 50% of this cost will be for the account of independent shipowners, whose outlay is expected to be recovered from these ships subsequently generating a premium on the daily charter rate.

The installation of scrubbers on the owned fleets of the top 12 liner companies will cost circa USD 1.24bn. Lines which have spent the most money on scrubber technology, and by default, are maintaining a "heavy fuel oil strategy", are Evergreen, MSC and HMM. Maersk Line, Hapag-Lloyd and Ocean Network Express have primarily decided upon utilising compliant fuel, with COSCO and Zim saying very little in the public domain. CMA CGM is the one major operator which has settled on LNG as an alternative fuel, with 18 of its newbuildings able to utilise LNG upon delivery. Shipbrokers estimate that the additional cost for constructing LNG-ready vessels amounts to a USD 20m premium per vessel. With profit margins already under significant pressure, liner companies will seek to recover all of these costs, whether for scrubbers or alternative fuels, from shippers.

The above table excludes scrubber investments made by independent owners of containerships, and shows the varying strategies employed by the liner companies. For example both Evergreen and MSC have fitted a relatively high percentage of their owned fleets with scrubbers, when compared to CMA CGM and Hapag-Lloyd.  The actual price of LSFO in 1Q 2020 will determine how quickly these costs will be recovered by the liner companies.

The impact of 2020 on the liner markets is very difficult to predict, but there are questions we feel need to be considered when assessing the counterparty risk of major liner companies:

Should base rates decline, as they have done many times in the past, any substantive recovery of increased fuel costs merely papers over the cracks of potentially significant declines in bottom line profits.


We argue that carriers may struggle to implement a separate BAF “surcharge” on some routes.
The recovery of costs versus revenue remains very opaque for the industry and will surely vary between operators.


We believe some liner operators may have little choice but to primarily utilise compliant fuel and/or incur a premium on daily charter hire costs as independent shipowners will aim to recoup their additional spend on scrubbers.


Should there be a reasonable spread between IFO380 and LSFO prices, then operators who have invested heavily here will prop up profitability.

It could be argued that these lines will be more aggressive in collecting costs from the market.