The dramatic effect of the COVID-19 pandemic on the tanker market has been replicated to some extent in onshore storage markets, with a strong appetite for capacity emerging during 2020 and early 2021, compared with previous years.

Market leader, Royal Vopak NV (Vopak), which operates a global network of 35.6m cubic metres (cbm) of oil, gas, LNG, chemicals, and biofuels storage capacity, reported an occupancy rate in 2020 for all its storage interests in subsidiaries, joint ventures and associates, of 90% of capacity (with highs of 94% in 3Q 2020 and 93% in 4Q 2020), compared with 84% in 2019. 1Q 2021 data also show an occupancy rate of 90%. Vopak’s revenue streams from gas and LNG are rising, while revenues from oil terminals are shrinking. Other operators in the sector, such as Germany’s Oiltanking GmbH, and Norway’s Stolthaven Terminals, which operate 19.8m cbm and 4.9m cbm of onshore gas and fuels capacity respectively, do not disclose occupancy rates. However, Vopak noted in its 2020 annual report that oil storage terminals in key hubs had seen increased occupancy levels during the year “supported by the favourable oil market structure”, so, it seems safe to assume that Vopak’s rivals enjoyed a similar upturn in utilisation rates. 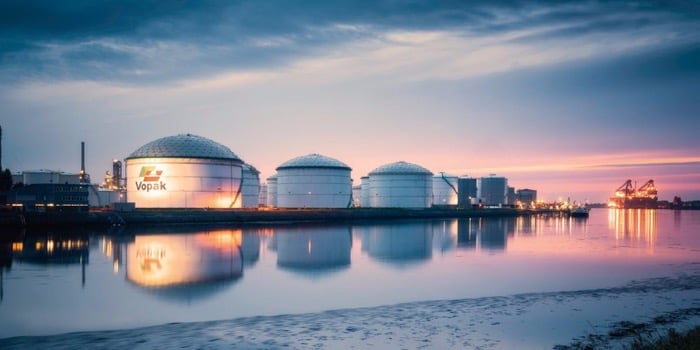 Hence, we can see that storage operators experienced an upward trend of usage in the same way as large tanker operators during the 2020 COVID-19-induced oil market crisis. But, unlike the tanker market, which is more heavily dependent on crude oil market conditions, onshore storage operators have seen growing interest from traders and producers, both in terms of current demand, as well as anticipated future demand, for a growing array of fuels. How storage operators respond to these future demand patterns involves evaluating which fuels will be in use, and therefore what type of storage capacity will be needed.

And this is where the problems start.

One of the obvious dilemmas for onshore storage operators lies in anticipating the political influences which are now bearing down heavily on transportation fuels markets. In this respect, arguably the most significant event on the horizon is the 26th UN Climate Change Conference of the Parties (COP26) meeting in the UK in November 2021, at which global leaders will outline their plans for controlling carbon emissions in the coming years. The energy industry has a good record in developing alternative forms of power, (such as wind and solar, geothermal, and waste or biomass-to-power), in devising methods of pricing carbon emissions through the EU Emissions Trading System (ETS) and other mechanisms, and in actively seeking out technological solutions for controlling emissions, such as carbon capture and flue gas emissions capture methods. However, politicians often seem unable to match this with clear action on their side, as it presents challenges that can frustrate progress towards ratification of what net zero carbon targets should mean for the energy mix. There are two questions which delegates at COP 26 could address:


But, while the chances of consensus among the various political powers could be slim, it is interesting to note that fuel storage operators are already anticipating the likely outcomes.

As well as maintaining its focus on growth in the LNG regasification sector, Vopak has launched an ammonia storage project in collaboration with Japan’s Itochu Corporation, with intent to supply the Singapore marine fuels market. Vopak is also engaged in the hydrogen market, with a flagship storage project in motion in Rotterdam, and around ten storage projects or studies underway in the ammonia and hydrogen market. Vopak also observed that the competitive cost of capital in the current low-interest-rate environment provides incentives to develop such projects. And, where Vopak treads, other storage operators are very likely to follow. Oiltanking GmbH’s 2025 strategy also envisages a greater role for gas, and the German group is currently pursuing the development of alternative fuel storage and supply projects, including methanol-as-ship-fuel projects at a number of Dutch and Belgian ports.

Hence, it seems that the leading storage operators have already made up their minds that gas, LNG and other new fuel products will have a key role to play in the fuelling of ships and aircraft for many years to come, based upon the trends in the development of new capacity. And the logic is convincing. For most observers, it is very difficult to envisage a worldwide fleet of electric ships and aircraft, even if such a plan were only to involve large-scale units. The challenges related to achieving the necessary scale for such a concept to function in an efficient and commercial manner appear almost insurmountable. So, it seems likely that politicians will start to realise that we are left with an unavoidable need to formulate a strategy based upon gas, LNG and other new fuels for the marine and aviation sectors as COP26 approaches.

To read more from our analyst team, head to our Insights page

Find out more about Infospectrum's counterparty due dilligence services