Yes, we know, yet another article/thought piece/white paper about IMO 2020. And probably somewhere in your mind you are thinking ‘will I get this time back again?’ 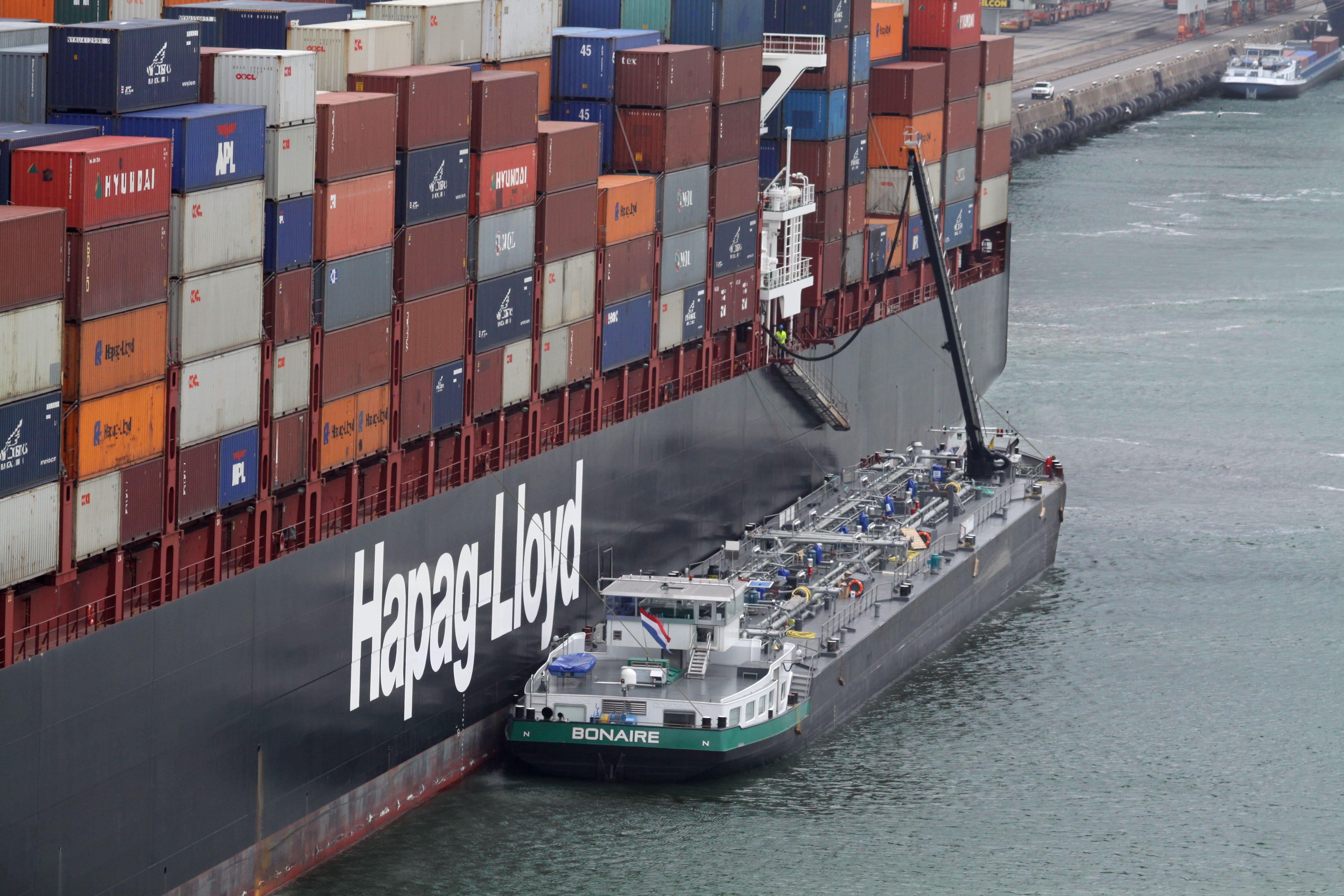 We're afraid not. But the good news is that this article won’t be definitive, will have no science and will be based solely on our attempts to answer a simple question – will ships stop running at some time, any time, due to the implementations of IMO 2020? Last disclaimer, it’s all about bulk carriers. We are sure that tanker experts will tell you something far more informed as the ships’ holds have to be cleaned so regularly.

Let’s briefly mention scrubbers; this is a subject that leaves commercial people about as cold as an ice factory store room. So, conveniently, we are going to imagine that they don’t exist and all we are dealing with are ships that will need to burn compliant fuel. One thing that we did learn about scrubbers was that there may well be enough scrubbers to fit to the world’s fleet, but the shortage comes in the form of experts who know what they do and how to fit them properly. The issue, which was described to us by an industry expert, is that there are enough industry experts on scrubbers, but not if everyone wants their expertise on the same day. More on this shortly.

What are owners doing?

Do owners have plans in place already to deal with the changes? We have seen more and more voyage contracts being quoted with ‘BAF’ clauses (Bunker Adjustment Factor), which escalate freight rates if fuel costs are higher than a strike price agreed in the terms of the charter party. The amount of escalation in a BAF clause (these are not new, and are regularly applied to long-term voyage COAs) has been the bit that has appeared tricky for owners/operators. They have varied from 0.01 cents for a dollar to as high as 0.50 cents per USD 10. It doesn’t mean charterers have agreed to them, and these prices don’t take into account voyage/ship type/ strike price, etc, but it does show that operators are using very different calculators when they try to work it out and it is most definitely part of the commercial negotiation of shipping contracts.

With dry bulk freight rates climbing fast through August, a trawl through the usual sources of analytic information has been revealing. There appears to be no explanation for the spike based on supply and demand. No chat about grain seasons, no mine re-openings, swine flu, El Nino, pretty much nothing really. Just the fact that there is a lot of cargo around and shipping companies are putting up rates to reflect that. Anecdotal stuff. So have the imminent IMO regulations prompted any of this dash for cash? One hypothesis is that charterers are trying to whizz as much committed cargo through before the regulations dig in and voyage rates climb, based on higher prices for compliant fuel. And also the fact that this fuel may or may not be available. Cargoes and COAs are still being quoted, with the period time charter market being the most affected in theory. Again though, it seems that owners and their time charterers have an agreement that at some point either the tanks need cleaning, or compliant fuel has to start being used. Delays for this are on owners account, costs too, with the new fuel being paid for by charterers. That doesn’t seem so bad.

Who is responsible for what?

Who pays is clear enough, but what if there are long delays while waiting for gangs to clean tanks, which it is assumed needs to be done in a major port? Not just to ensure enough trained staff to do the jobs, but also because the ship will need very low sulphur fuel oil (VLSFO) to proceed, and nobody seems to be definitively guaranteeing this fact, or where. Another point that was suggested was that a port which has been an efficient place to bunker for old school high sulphur bunkers may not be as efficient for VLSFO. Subtly, the geography of bunkering may change, but nobody can know this until it starts to happen.

There was varied feedback to the question of what has to be done to bunker tanks, where you can do it, what are the alternatives and how well are owners prepared. A company selling bunker tank cleaning services said that tanks will need to be opened and cleaned ‘properly’. It takes a five-person gang with some experience (but not a skilled job) and a ‘can do’ attitude about five days to clean a ship’s tanks out fully (dependent on ship size). Another company said that it would take a crew of 15-30 to do the job in three to four days. Another company told us that ‘hot wash’ specs take one to four days for a team of 10 working 24/7. That’s a big spread. Most importantly though, where do you find even the smaller number of experienced workers (let alone the big number) that are available in the right port, with the right facilities at the right time, then the right fuel to fill up with before you leave? This looks like there will be a lot of stoppages of ships, waiting to get cleaned up and move on. And it sounds pricey.

There does at least appear to be another answer though. You don’t have to clean the tanks very much at all. Another expert told us that slops in a standard bulk carrier would probably only amount to two cubic metres and some ‘clingage’ if everything was forced to the bottom of the tank at the same time. We promised not to get into any form of technical management speak as I know nothing about it, but this doesn’t seem so bad. Furthermore, he suggested that the tanks don’t have to be hot washed anyway, a good solid flush through with Marine Gas Oil (MGO) will clean things up nicely and no real invasive procedures would be required. We know which of these methods will sound the most palatable to the commercially minded.

There is no single informed opinion on what is right and what is not. But what we do get is a clear sense that if those selling these cleaning services are right, and gangs of experienced workers are headed into the bulker tanks of the world’s fleet, this will be chaos. Alternatively, the price of MGO might go up (and it already has a premium over standard fuel of around USD 250/Mt), and owners will have to pay up a bit to get it done, but there will be no disposal requirements, no skill shortages and crucially no delays to the fleet. Again, a big spread between triumph and disaster.

The subject of the ‘Fuel Oil Non-Availability Report’ or FONAR came up in discussions, whereby ships that enter into the already existing low emission zones (SECAs) might not always have compliant fuel onboard. Masters are able to present a FONAR which states that no suitably compliant fuel was available at the last convenient port of bunkering, so the ship is not going to comply to emissions. However, it will do so at the next available port of bunkering. This is then investigated, and if correct then the FONAR is accepted. If not correct, then the big book of fines is opened and the owner’s name will be written in it and a large cost will be levied.

It sounds like this would be a factor in a market with an undersupply of VLSFO. This was checked with a bunker trader, who said that they have been assured by suppliers that there will be a plentiful supply of compliant fuel available. He thought that there could be periodic shortages in specific locations, but overall 0.5% and diesel were not in short supply. However, he also said that he was under the impression that planning from owners was well behind the curve. His impression was that some owners he had spoken to were planning on addressing a strategy after their summer holidays, i.e. about now, but plans were not running smoothly. One reason for this is the lack of experts to bring in to create an informed cogent strategy. Again, there are enough experts in the field of bunkers to go around in normal circumstances, but not when everyone wants them at the same time.

There are assumptions that by late October-early November the current pricing structure will be in the bin. Owners with no definitive plan may well end up filling the tanks up to max whenever they see available VLSFO. One owner that we spoke to tacitly admitted that they were trying to pre-purchase supplies in case a rainy day comes in Q1 2020. As cupboards full of baked beans and tea bags in preparation for Brexit show, if all else fails then empty the shelves and hoard the hell out of it.

A quest for clarity on this subject, to open up our commercial, non-technical eyes to what is likely to happen, has ended empty-handed. It might be a bonanza for experienced, but unskilled tank cleaners, but then again it might not. Ships might get delayed, but then again they might not. Owners might have detailed plans, but guess what? They might not. This could be Armageddon, but could be the Millennium Bug. At least we can leave you with this little crumb of comfort though; come August 2020 you won’t have to listen to any more speculative opinions on IMO 2020. Let’s look forward to some long detailed and highly technical reviews of what happened!