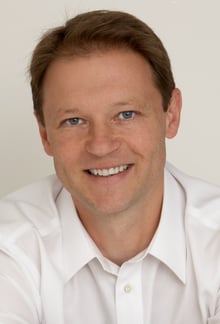 This month, we spoke with Nicolas Defillion, Senior Analyst at Infospectrum’s Oxford office, who shared with us how he first entered the shipping industry, what a typical day looks like, and what he gets up to outside of work.

‘We created Infospectrum in 2000 and I was one of the founders’, Nicolas begins. ‘Before that, I was with another shipping consultancy, where I met my wife, Beverley, who’s also a founder of Infospectrum. I’m originally from France — from a French father and an English mother.’ Nicolas grew up there before coming over to the UK 30 years ago.

He describes himself as ‘multicultural, curious, and pragmatic’, emphasising that ‘we [the team] need all three traits to be able to understand the companies we look at around the world and assess them in their respective contexts.’ He adds ‘my family had nothing to do with shipping, but I was always involved in ships and sailing. I lived and worked on a tall ship for two years around the British Isles and France.’

Nicolas studied business studies in France followed by a  Masters in International Shipping in the UK. ‘I guess that’s how I got into shipping — a combination of studying shipping at university and being involved in vessels and ships and sailing on tall ships.’ Nicolas began working for a shipping consultancy company in Oxford in 1994 and has been involved in the industry ever since.

‘There’s really no typical day because the beauty of what we do is we look at all sorts of things around the globe’, he reveals. ‘While I could be looking at companies anywhere in the world, I do specialise in French-speaking countries.’ These include North Africa, Morocco, Tunisia, and Algeria.

‘We have so many languages [at Infospectrum]’, he claims. ‘We count 19 across the company at this stage. We have people speaking languages that cover most of the world. That’s the beauty of our job — it’s a multicultural, multinational industry. Languages are really important.’

One of the most challenging aspects of Nicolas’ role is that some of the information he needs may rely on the comments of one key person within an organisation. ‘If that person is not available, or is on the other side of the world, then it can be quite frustrating’, he admits. ‘Another challenge is making them understand how important it is for them to talk to us and best assess their company.’ Nicolas revealed how he navigates this particular challenge: ‘With experience, we all have our own habits and methods to have meaningful conversations with people that are often very difficult to reach.’

Infospectrum’s work environment positively encourages collaboration. ‘It’s an open-plan office and we help each other a lot because we share ideas and bounce questions across the office’, Nicolas shares. ‘Some people have very strong knowledge of specific aspects of the industry, either because of their background or their experience. People would come to me if they’re looking for something in the French-speaking countries, for example, and I would go to them if I need some advice on what the financial accounts of a Chinese company should look like. There are examples every day where we use each other’s knowledge and skills.’

Nicolas’ favourite thing about working in shipping is the international outlook. ‘There’s no industry that is more international’, he stresses. ‘You have to be curious about the world around you: whether it’s macroeconomics, international economics, or international politics, that’s what keeps me interested in the industry. It’s multicultural — that’s what’s exciting about it.’

He caveats this by noting that ‘it remains a very secretive industry and that’s why we exist. You have phenomenal risk, financial decisions, and business transactions happening out there. People don’t really know who they’re working with and that’s what we try to clarify for our clients.’

When he’s not working, Nicolas participates in several sports, including running, paddle boarding, mountain biking, and open/cold water swimming. His most recent accomplishment is swimming in -1.7 degrees Celsius on an Arctic expedition. ‘It’s covered in ice most of the year, but in the summer there’s a narrow gap where you can sail across, so I sailed from Alaska to Greenland’, Nicolas reveals.

If you are interested in learning more about how Infospectrum’s expertise can help to support your organisation, click the button below to get in touch.